For my as yet unnamed game I plan to create a space simulator game that includes trading mechanics. The player will have to improve the capabilities of his ship through purchasing upgrades with Credits. Credits are earned by buying and selling goods between stations.

I like how trading works in games such as X2: The Threat, there are many different types of station and commodities that can be sold with opportunities to make both a profit and a loss with trading. The main idea behind the economy in X2 is that the more of an item a station has in stock the cheaper the item is, this is quite a simple mechanic but it can provide a reasonable simulation for the principles of supply and demand.

Another popular idea amongst space sims is the concept of being able to steal from other pilots (piracy) and also the ability to earn respect and credits from authorities by dispatching those who do steal. I think that this mechanic is probably going to be too complex to implement in full for this game. However I do like the idea of stations belonging to a faction that you are unable to trade with until you have sufficient reputation, this will focus the concept of the game more towards the main mechanic of trading rather than combat. Other games such as Freelancer include a reputation system that is used to help define game progression, some items are only available for purchase once you have reached the required reputation and/or level.

Implementing combat would be quite time consuming especially with collision detection and the various effects required for weapons and weapon impacts. Therefore I would like to try and focus the mechanic on trading. If I find that there is some spare time left for implementation I would like the functionality for a player to create a fleet of trading ships that could be used to automate the trading process. This idea could remove the requirement for the player to do any trading, however the player would need to ensure that their ships don’t continue trading between stations at a loss. Fleet capability would add an additional sub goal and could be used to aid game progression to the final objective of defeating the pirate lords that killed his father.

Automation of trading is present in the X games through use of “Universal Traders” which not only do the trade run, but find trade routes on their own. Space Pirates and Zombies helps the player with the game mechanic of mining, by helping the player collect the fragments of ore mined by the player, and automating the collection/drop of process, this helps reduce the “grind” factor of the mechanic, this concept is something I would like to introduce into my game through the use of fleets.

Moneification concepts could be introduced into this game, by offering players opportunity to spend real world money on purchasing in-game credits. Additionally upgrades to ship AI could be purchased to enhance the capabilities of the trading fleet, such upgrades would have to be limited to ensure that the game did not complete itself without any player interaction. 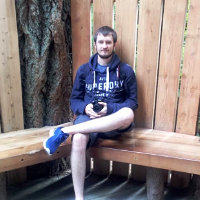